Bumps in the Day

Our Sunday has one purpose only. To get from Emilia Romagna to Friuli. Along the way we hope to make a stop in nearby Cervia and a stop for lunch later on.

Unfortunately all does not go as planned.


Our planned visit to Cervia's Museum of Salt was thwarted by its unusal opening hours - 8:30 at night until 11:00pm, apparently catering to those with a late night hankering for salt.  Our stop in Ferrara for lunch and to visit the city which is the setting for the Garden of the Finzi-Continis (which we had recently read in our Bella Italia book club) was undermined by the fact that the town was completely empty and all businesses shut.  It was as though some plague had turned the townsfolks into zombies that come out only at night.

No matter. After too many hours of driving we arrived at la Subida in Cormons, the "capital" of the Collio. Our home for the next five days. It's good to be back. 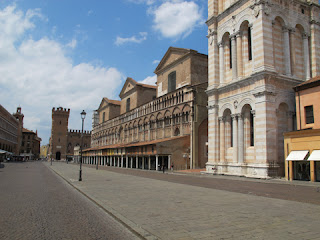 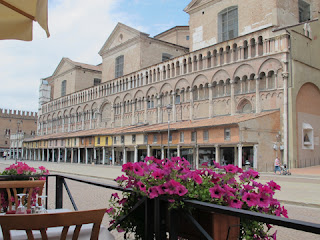